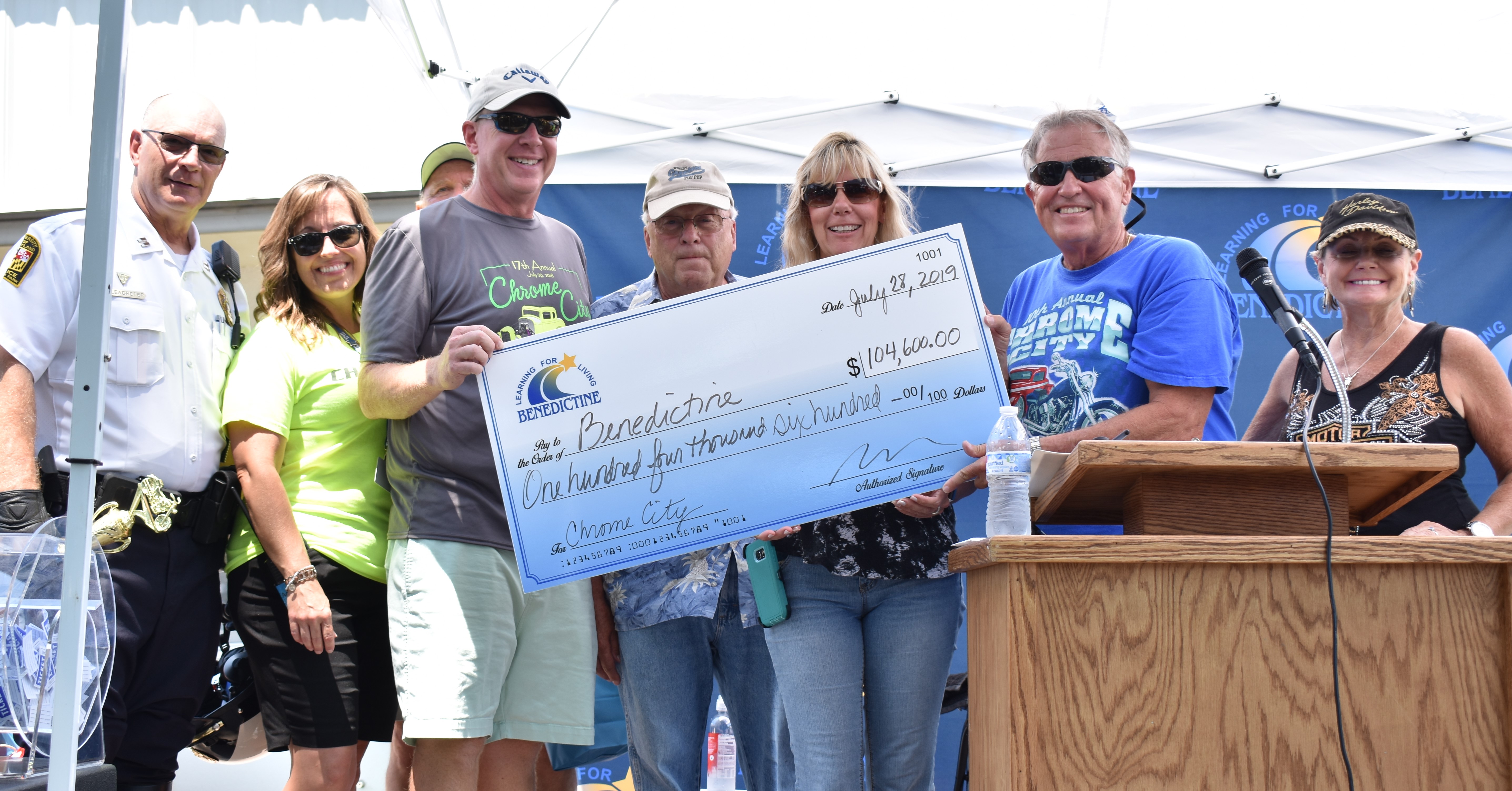 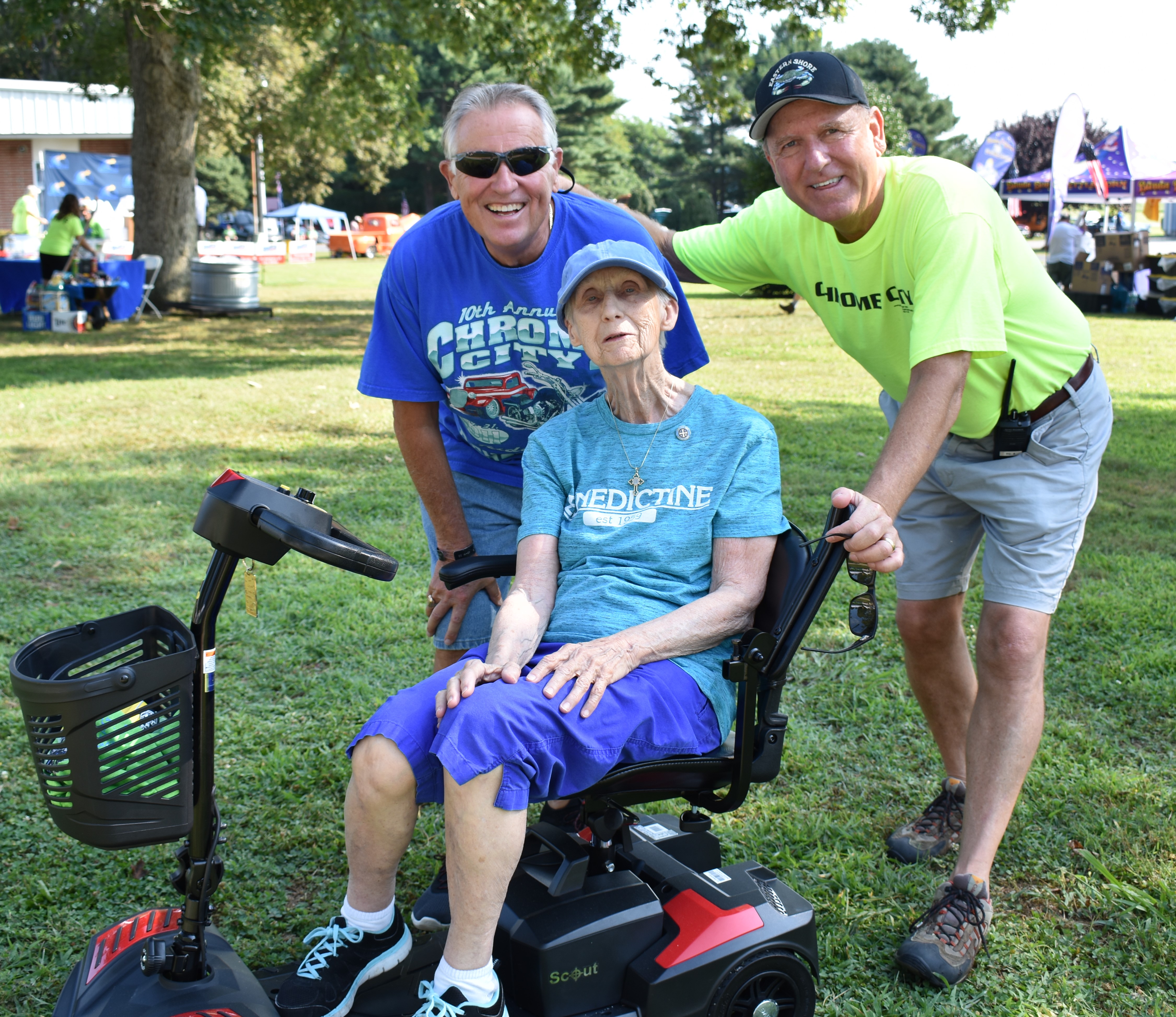 RIDGELY, Md., (July 28, 2019) – More than 1,200 classic cars, street rods and motorcycles from six rally points across Maryland thundered onto the Benedictine campus in Ridgely, Md., for Chrome City Ride on Sunday, July 28. The 18th annual ride raised over $105,000 to support the more than 200 children and adults with disabilities served by Benedictine. The event drew about 2,100 participants.

The annual event, organized and run by volunteers, has grown into the state’s largest ride and has helped to raise over $2 million and 15,000 participants since the ride’s inception in 2001. Now, much more than a ride, Chrome City is a way for the community to learn more about Benedictine’s mission to help children and adults with development disabilities achieve their greatest potential.

Each year students dance along with Rockin’ Elvis and riders and participants vie for the Sister’s Choice award.  This year an orange HD Turbo Road King was the grand prize winning bike, and Ray Nails with a red and silver 1954 Pontiac Star Chief was the grand prize car winner. New this year was the Kid’s Choice awards going to Donald Teat in a national grand champion Huckster and Mike Ledbetter with his Harley Davidson motorcycle.

For the first time in the events history, Benedictine auctioned off a donated-signed PRS electric guitar with all proceeds going to the benefit the organization.

“We are honored to have so many car enthusiasts from all over the state come to support the kids each year,” said Volunteer Chair, Spud Blake. “This is an event where our kids love seeing the cars and motorcycles. They interact with the various owners. The owners take a lot of great individual time to show the kids what is special about their cars and motorcycles.” 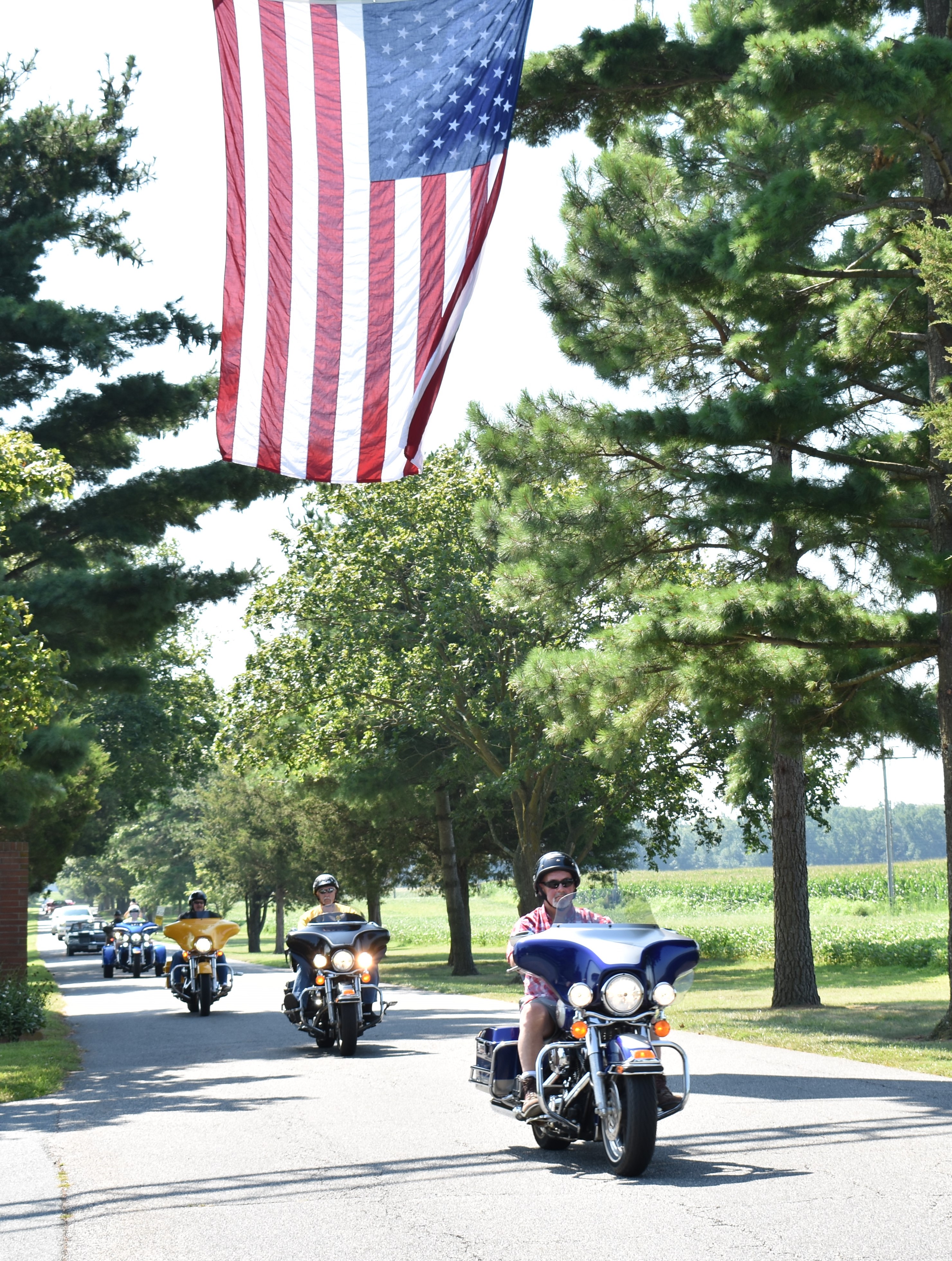 Motorcycles thundered down the mile lane onto the Benedictine campus during the 18th annual Chrome City Ride in Ridgely, Md.

Generous sponsors, community partners, and volunteers continue to make the event a success year after year. Blake thanked CPR Vintage Porsche Restoration in Easton for helping to promote the event and serve as a registration location as well as Outback Steakhouse in Annapolis, Rommel Harley of Salisbury and Old Glory Harley, and Hitchcock Autoworks for serving as registration locations and rally points. Volunteers from Callahan’s Gas and Appliance in Centreville, Md., helped with parking the hundreds of cars on campus, along with volunteers from Choptank Transport in Preston, Md.

Each rider passed under a large U.S flag at Benedictine’s front entrance waving from a ladder truck. Famous Dave’s provided a hot BBQ lunch and each rider took home a collectible T-shirt printed and designed by Benedictine’s Graphics department.

The Benedictine campus is the unusual home to the Maryland’s largest classic car and motorcycle ride, the annual Chrome City Ride, an annual fundraising event that transforms a once functioning monastery into a chrome-covered campus.

Since the inaugural ride in 2001, the event has paved the way for close to $2 million in funds raised to support the children and adults served by Benedictine. In total, nearly 15,000 participants over the years have made their way down the lane onto the Benedictine campus in Ridgely, Md.

Notable attendees in years past include Candy Clark, Cindy Williams and Bo Hopkins from the George Lucas 1973 classic American Graffiti, as well as area legislators.

The event has attracted celebrity donors too. For more than five years car enthusiast and talk show host Jay Leno donated to the event, as well as a collector from New Jersey who donated a 1941 Willys Pro Street Coupe in 2016. This year’s 2019 event bought the largest crowd of riders and spectators to date. 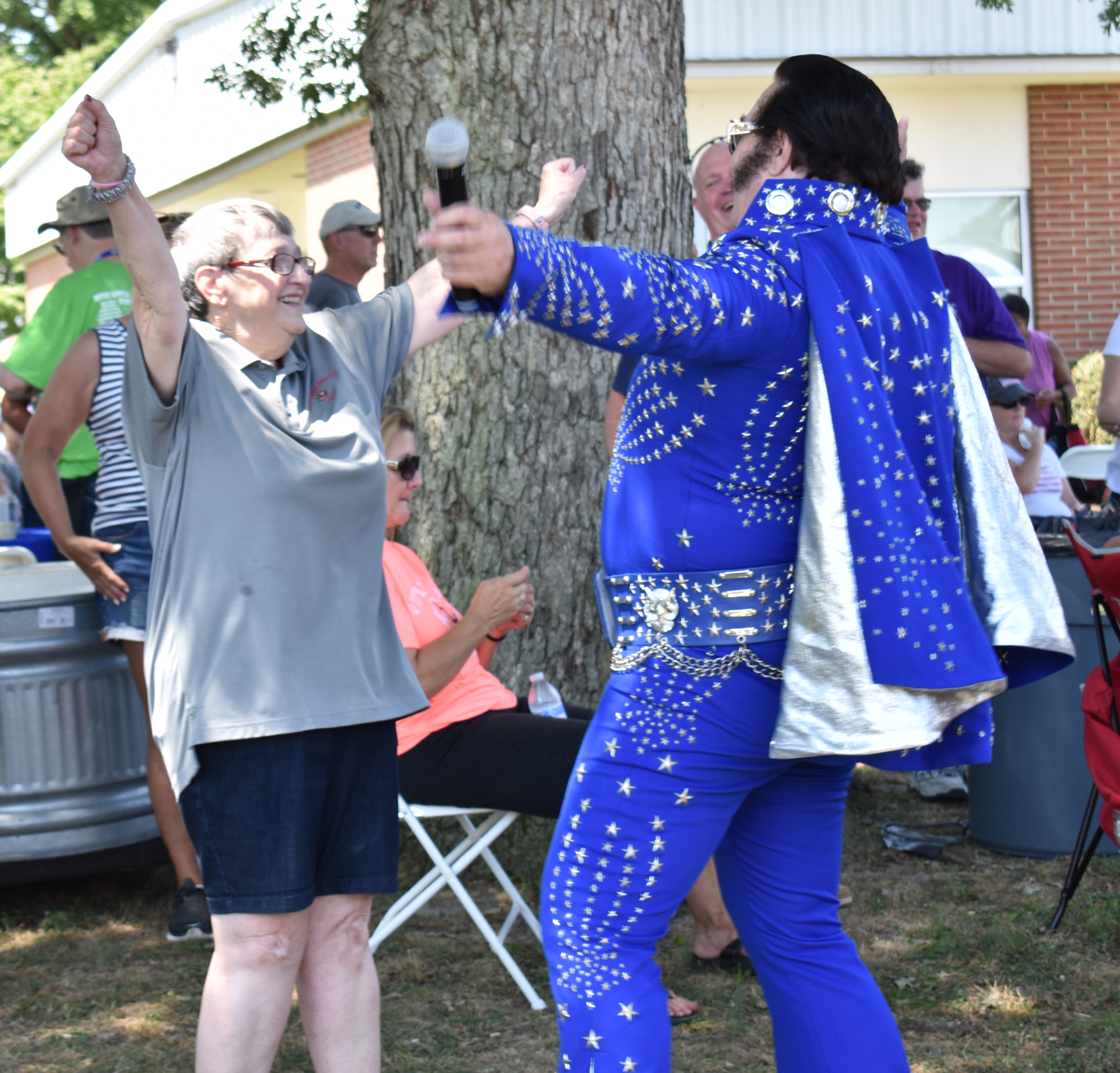 Benedictine students and spectators danced along with Rockin’ Elvis during the 18th annual Chrome City Ride in Ridgely, Md.